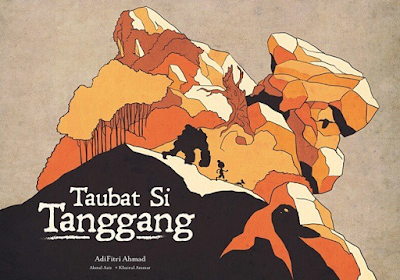 Maple Comics is a new comics company in Malaysia who is making waves at CAFKL and Cooler Lumpur. Even with just three titles so far, you get a sense of their curated approach. Set up by Amir and Roy, I managed to ‘sit down’ with Amir and get the lowdown on Maple.

What is the genesis of Maple Comics?

Both Roy and I wanted to do comics - write, draw and publish them. So we decided rather than bitch about how bad things are, we'd go and do something.

Roy was in Gempak and then he published a comics magazine - Komikoo. It had a great start but couldn't maintain the momentum because the business model for comics magazines is not sustainable without massive investment.

I was never in the comics publishing business until Maple Comics. I read a bunch and got into credit card debt in part because of comics. I also spent 12 years in magazines, TV and newspapers though.

What is the meaning behind the name, Maple?

It's maple as in "mah-pleh". A common word in the 90s to denote 'makan place' or something. We came up with the idea of a comics publishing company at a maple, so we decided to call it Maple Comics.

What is the strength and weakness of the Malaysian comic scene right now?

We have an abundance of talent. A lot of it world class. And we have unique treasure troves of stories either with our folk tales, our culture, colour and also the very unique Malaysian perspective - this kind of identity is something others dream of having.

Weaknesses - we are way too whiny. Everyone's complaining and not many are actually doing something - anything. You want comics to be accepted? You can't simply tell the public to accept comics. You have to make comics that the general public will embrace and enjoy.

What do you mean by you are way too whiny?

'We are too whiny' is directed at some parts of the comics community who simply complain about a lot of things but hardly ever get anything done.

But we also believe that we can't promote the scene/industry by simply finding who is at fault. I don't believe we can rely on Governments or feel entitled enough to say that everyone should read more comics. These things have to come from the grassroots and of their own volition. You can't force people to love you or like you. You just have to keep at it until you get it right and be there IF the public wants comics.

It is very possible that at the end of all this, at the end of our lives, people still don't give a shit about comics, and that's fine. We just want to be there, if and when they decide to pay more attention to comics.

What niche is Maple fulfilling in the Malaysian comic publishing scene now?

Well, there are the hobbyists and convention people, and then there are the big players Gempak, PTS, Karangkraf. We want to be somewhere in between - we publish professional, high quality graphic novels like only the big boys do, but we want to be opened with our themes and genres.

In terms of content niche, we would like to have our comics to work on multiple levels, with different ages getting different things. We also hope to publish more adult comics with heavier themes. Something that works on teen, young adult and above. And we publish fiction and non-fiction comics. 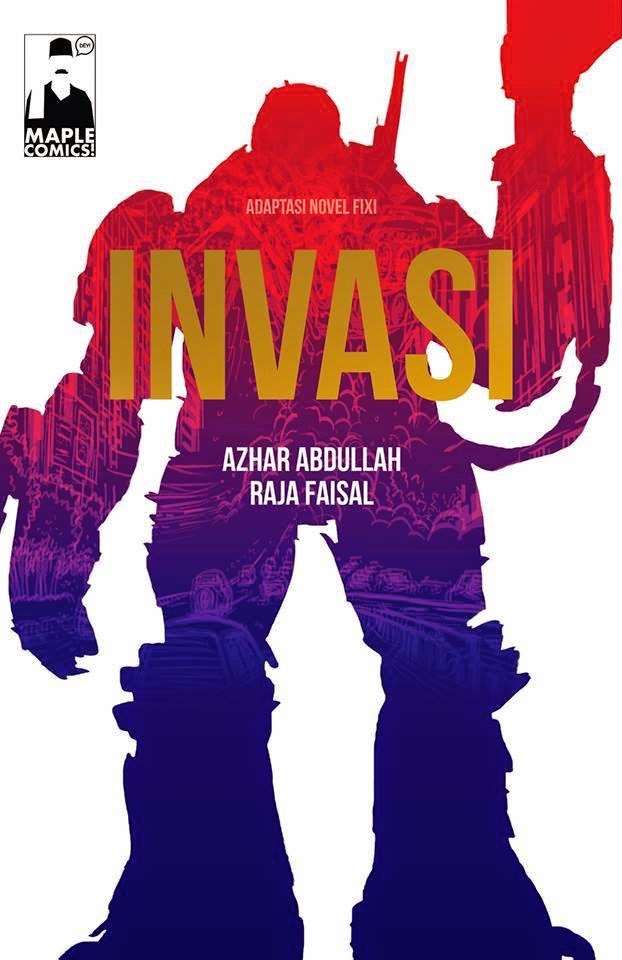 Are there particular genres, art style or stories that you are inclined to?

We want Malaysian stories. This takes some explaining. It's not the locale or the people, or the clothes that make a story Malaysian, though it helps. We want stories that only Malaysian storytellers can tell. If it's a generic action comic or a manga style princess story set in Kyoto, I bet a lot more artists can do the job better. So we want stories and perspectives no other comics publishers in the world can do.

What are your titles so far?

We have three - Kuala Terengganu in 7 Days, Invasi and Taubat Si Tanggang. This year, we hope to have six or seven titles.

Invasi was a novel published by Buku Fixi. Written by Raja Faisal and adapted by the author as well as Azhar.

Kuala Terengganu in 7 Days is sort of a sequel to Beijing in 7 Days which Mimi self-published in 2013.

Do you see Maple as part of the pulp fiction wave in Malaysian publishing now albeit in graphic form? (e.g. using a 90s slang like ‘maple’ for your name)

We would like to tap into the pulp fiction wave but after six months, I can tell you that these are different markets. We hope to build our audience as the indies have done but the way comics are, and the way readers are, we see a long and winding road ahead of us before the thing can cross over and hit critical mass. We are hopeful, though.

In the near future, the website will have more titles as we open it up for products from other publishers. We aim to make Maplecomics.com.my a one-stop shop for all ASEAN indie comics. In fact, we are in talks with Epigram Books from Singapore and a few publishers in Indonesia to hopefully bring some titles over, in Bahasa Malaysia (BM).

Is language still an issue - ie to reach a wider audience, you need to publish in BM?

Yes and no. We see our country as having a huge opportunity cause we're all multi-lingual. Maple Comics prioritise getting things out in BM and we are also doing some titles in English. Our first book is in English - Kuala Terengganu in 7 Days, and it's our best-selling book so far, so it's really not an obstacle at all. 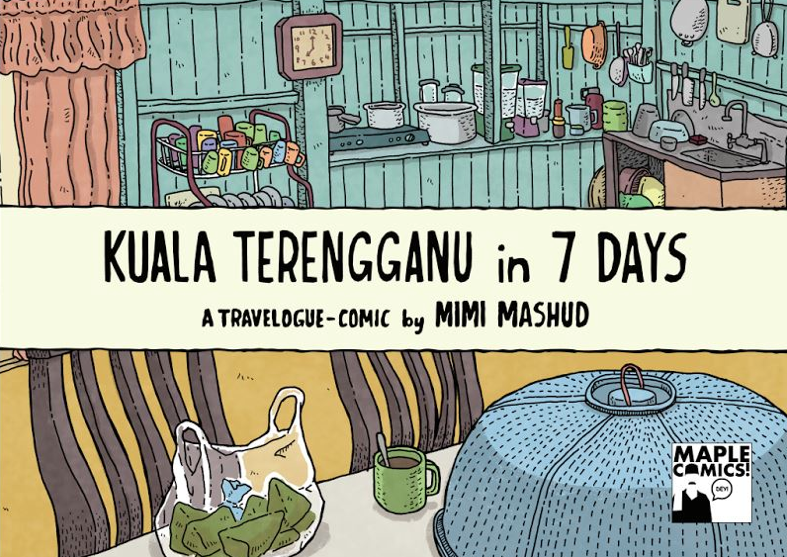 Language is a consideration, but it is not a problem. Marketing and distribution - that's an issue. We usually ask the artist - what language is right for the book (with a choice between BM and English)?

How has the comic scene changed/grown? There are indie cons now like CAFKL.

The indie cons are great, and we at Maple Comics believe some of these con-folk are ready to hit mainstream bookstores - they are that good! We hope to bring more of the artists out of the con and into the real world. You need to graduate from this very wonderful, supportive, tight and friendly community, to take on the greater Malaysian public. We hope to find some comics that will eventually make the whole scene mainstream and sustainable for those who may want to quit everything else and just do comics (like ourselves).

Also, we're doing these anthologies in colleges called Donk! (Dongeng Kontemporari) where we get students to reinterpret and reimagine traditional fables in a contemporary setting. The project is to get college kids interested in comics, really. We are doing an all-star professional version of Donk! ‘cause the concept is great!

We are also publishing another travelogue called Pelempang Realiti (Reality Bitchslap) by Arif Rafhan. And there's a Japan travelogue with one female artist and she's just amazing. Jonsuraya is one of our greatest talent that needs a platform - we hope we're it.
We're doing our first adult/mature title - Iblis dan Kugiran Kambing Hitam. It's about some school kids summoned Satan and he actually appeared.

We have a crime/drama title coming up next year.

There's Nafiri - an epic fantasy that is late, but hopefully worth the wait.

There's a bunch of other stuff but we'll announce them when they're ready.

Also, it is our dream to one day publish Lat. We know we'll do a great job of it, if only he'd say yes... 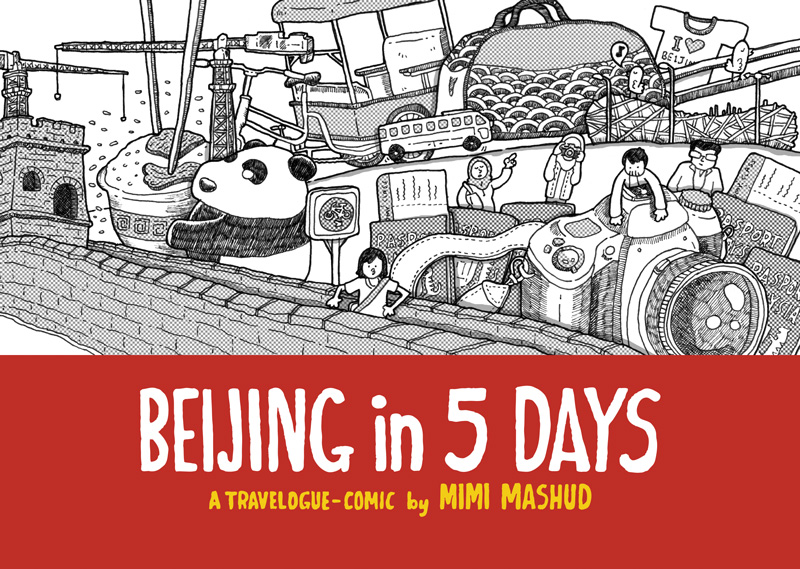