An old article written with some friends about woodcuts and the 6 men woodcut show.

A Brief History of Woodcuts in Singapore by Foo Kwee Horng, Koh Nguang How and Lim Cheng Tju

This has been up for a while.

Lest we forget: The importance of history in Singapore and Malaysia Comics Studies

Comics studies tend to focus on textual analysis (story and characterization) of the cartoon strips or comic books. However, one should not forget that such works could not and should not be read in a vacuum. Cartoons and comics are very much productions of their times as much as they are a mirror of our lives. Text and context should go together in comics studies.This paper argues for such a historical approach, using examples from Singapore and Malaysia. A sense of history is important and its application in our reading of comics and cartoons would provide insights to present politics and society, especially the impact of globalization and the progress of democratization.

A paper I presented at the Kyoto International Manga Museum in Dec 2009. It was a conference organized by KIMM and Seika University.
http://www.kyotomm.jp/english/event/study/isc01_e.php

But I didn't know this was up as well.

‘Forgotten Legacies': The Case of Abdullah Ariff’s Pro-Japanese Cartoons during the Japanese Occupation of Penang

This chapter explores the work of a much-neglected artist whose work has recently been the focus of a major exhibition at the National Art Gallery of Malaysia (2004). Having played a minor role in the post-war Malayan nationalist politics, Abdullah’s wartime career has been largely obscured, particularly his 25-page pro-Japanese cartoon book entitled Perang Pada Pandangan Juru-Lukis Kita (‘The War As Our Cartoonist Sees It’), published in Penang by Shu Seicho Shimbun Renraku Jimusho in 1942. This chapter aims to reassess Abdullah’s life and work within the broader discourse of Malay collaborators during the Japanese Occupation of British Malaya, and to explore questions relating to his relationship with the Japanese occupiers; with the British authorities; and the use of cartoons as historical evidence.

Happy reading this Deepavali.
Posted by ct at 3:35 PM No comments: 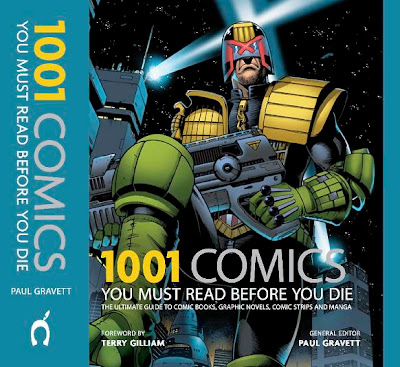 Paul Gravett is the scene maker in UK comics. He just put out his edited volume, 1001 Comics You Must Read Before You Die. People asked me why would I need this book. But I said there'll always be new things to learn and read and it's good to see that there were Indonesia, Malaysia, the Philippines and HK represented here. (although I'd have selected Town Boy over Kampong Boy...;) )

I was emailing Paul about the book and he asked me if there are any Singapore comics that should go in. I'm hard pressed for an answer. Unlike drama, literature and even films, there has not been much development for comics in Singapore for the past 30 years. But let's have your views here. Tell us what are your top 3 Singapore comics for the last 30 years and would they stand up to international scrutiny and standards?
Posted by ct at 3:07 PM 1 comment: 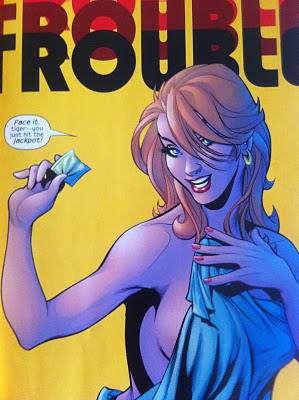 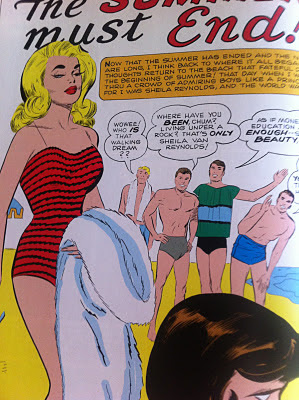 Picked up Marvel Visionaries: Jack Kirby Vol. 2 today. There are 2 romance stories inside. Reading 'The Summer Must End!' (Teenage Romance #84, nov 1961) reminded me how many of these romance stories by Kirby and John Romita took place during the summer on a beach.

These must be the origins of one of the more under-rated limited series put out by Marvel some years ago. Trouble by Mark Millar has the usual Millar punch to it. Entertaining revisionism, it tells the story of Peter Parker's parents set during the Swingin' 60s. Only now I realize it is also a update on the Marvel romance comics of the 60s. Darker (what else would you expect from Millar?), more sex and mean.

Retcon has never been more fun.
Posted by ct at 11:54 PM No comments: 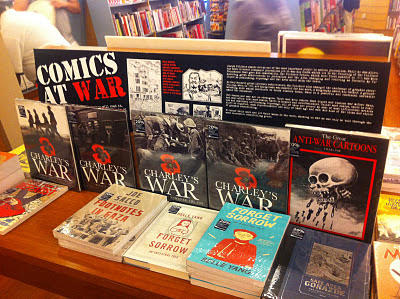 There are good comics around to read, even those from a few years ago. We need not look for the next big thing. I came to know about Garth Ennis' War Stories (Vertigo) in 2008 when Gary Erskine was a guest of the first Singapore Toys and Comics Convention, when it was still organized by Play Imaginative. Erskine was telling us that one of his favourite stories was inking Johann's Tiger in War Stories Vol. 1.

A few months ago, Collier sent me the link to this article on war comics by Paul Gravett. I finally got round to buying War Stories Vol. 1. It's excellent. The highlight is Nightingale, drawn by David Lloyd, who was a guest at last year's comics con. Here's the youtube video of David Lloyd talking about the Classic English Style. War Stories Vol. 1 was published in 2004. I was in a different space/place then.

But I'm glad to discover this now.
Posted by ct at 8:59 PM No comments: 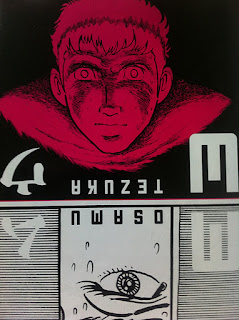 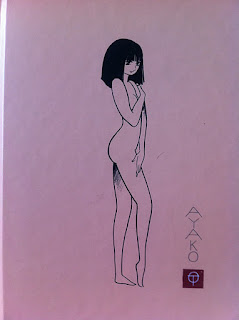 Fans of Osamu Tezuka who grew up reading Astro Boy and Kimba are already aware of his darker and more adult/mature stories like Budhha, Phoenix, Black Jack and even Hitler, which was translated and published by VIZ Media in the 1990s. But what we didn't expect were the late Tezuka stories from the 1970s that Vertical has been putting out in recent years.

I'm talking about Apollo's Song, Ode To Kirihito, MW and Ayako. These are stories where Tezuka tried to out-gekiga gekiga.

If you have read Tatsumi's A Drifting Life (or watched the Eric Khoo movie), you'd know how much Tatsumi had admired Tezuka. There was a scene where Tatsumi was seen posting his gekiga manifesto to Tezuka, wondering how his hero would respond to his vision for manga for adults. It was not revealed in A Drifting Life, but if you were to read biographies of Tezuka, the latter responded negatively to the movement.

However, by the 1960s, there was a new gekiga movement, which Tatsumi was not so involved in. (thus a man constantly out of time) This new movement centered around Garo and artists like Sanpei Shirato, Yoshiharu Tsuge and Takao Saito. Even Lone Wolf and Cub could be considered as gekiga.

Tezuka must be feeling the heat in the 1970s and dived into murder, incest, homosexuality, debauchery, politics and history to salvage the situation and his reputation as the godfather of manga. Reading these stories today makes you wonder how teenagers who grew up reading Tezuka in the 60s responded to Late Tezuka.

Present biographies of Tezuka still put Astro Boy, etc on the cover. That may change in time to come as the Late Tezuka stories get revived and re-evaluated.

Next, to read the Book of Human Insects, Dororo and Swallowing the Earth.
Posted by ct at 12:15 PM 1 comment:

Was at ComicsXChange last weekend and dropped by JC Wong's booth. He was selling comics, prints and original pages. I like this one a lot. 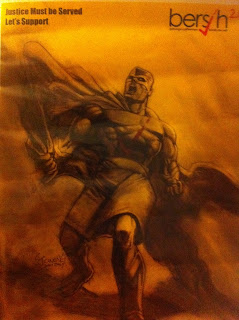 Artists should be more concerned about politics and society in their works.

JC did a story in Liquid City 2.