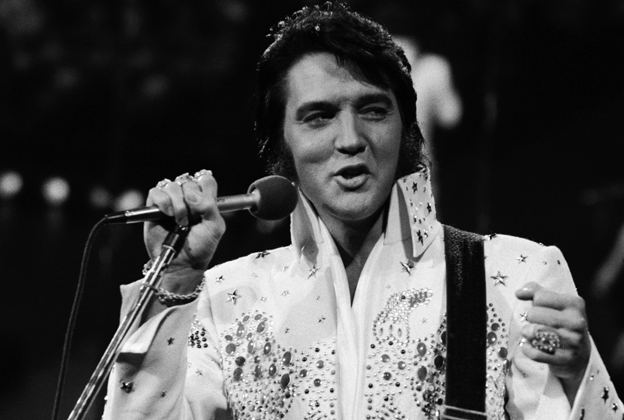 Managed to revive this from 2007 - I wrote this for a blog called Citizen Historian. Updated it; I still like this piece. There was a time between 2004 and 2006 that I was deeply into Elvis and Bruce Lee.

He is still the King. As Neil Young once sang, 'The King is gone but he is not forgotten.'

The king is dead. Long live the king. 16 August 2016 will mark the 49th death anniversary of Elvis Presley, the king of rock ‘n’ roll. Not much has been made of this date of his passing in Singapore. But as John Lennon of the Beatles, another late rock great, put it, “Before Elvis, there was nothing”.

There are still lessons to learn from the king of rock ‘n’ roll, even for a young country who just celebrated its 50th national day. If there is one thing that makes Elvis relevant today, other than his magnificent voice and a great interpreter of songs, it is the freedom and possibilities he still inspires. That a poor boy from the American South could make good and revolutionize youth culture as we know it. Elvis was a global phenomenon even before the concept of the global village took root in the popular imagination.

In his time, Elvis was probably was the most famous pop star worldwide. It did not matter that he was an American singer hundreds of miles away from Singapore. His influence cut across language and racial lines – he was loved by all who encountered his music in the late 1950s and 1960s. Even among the Chinese-educated, the more politicized class in society then, he was known with affection as the Cat King. No mean feat when issues of employment, industrialization, decolonization and nationalism were supposedly the concerns of the day.

Just ask the various “Elvis” in Singapore during the 1960s – Johnny Aroozoo of Johnny and the Esquires and Wilson David, who is still performing Elvis standards today on stage. And there was Foo Soo Yin, who performed ‘It’s Now Or Never’ in Mandarin on Pop Inn, a British-styled TV pop show featuring performances by bands and singers, on July 27 1964.

Foo’s performance was just one week after the racial riots that rocked Singapore in a very different and tragic sense. However, one cannot help but speculate how that song would have sounded to an audience still shell-shocked by the violence and staying at home watching TV because of the curfew imposed in the immediate aftermath of the riots. I would imagine the traumatized and divided population recognizing that Elvis song and unwittingly sharing a moment together

The possibilities that music offers us in escaping from our confined and rather schizophrenic definition of who we are as Singaporeans find a parallel in some of the local bands in our midst today – they are a mix of different race and gender and even orientation. It reminds me of what Bob Dylan said about the first time he heard Elvis, “When I first heard Elvis’s voice I just knew I wasn’t going to work for anybody and nobody was gonna be my boss. Hearing him for the first time was like busting out of jail.”

What Dylan was expressing was not that Elvis inspired anarchism, but the potential in pop music, and pop culture in general, in helping us to make sense of what and who we are, unrestricted by state definitions and constraints.

After all, Elvis, despite his excesses, had found and redeemed himself through the music. An example from the Aloha From Hawaii TV Special which most Singaporeans have seen in the 1970s - in a characteristic move to constantly reveal himself in his live performances, Elvis added a line to Suspicious Minds, a song about a failing relationship due to mistrust. All previous versions of the song had the protagonist pleading to his woman, “I’ve never lied to you.” But in a TV performance that was broadcasted live to countries all over the world, Elvis added on: “Not much.” This was around the time when Elvis’ divorce with Priscilla was finalized.

I’ve always wondered how fans in Singapore reacted to that performance when they first watch it. But, to me, it speaks volumes of the potential for us as individuals to express ourselves in pop culture, leaving behind baggage of the past and forging an identity that contributes to the different Singaporeans of today – a cyber gamer, a manga artist or the next Elvis of Singapore.

There are different pathways now in our ability driven education system for the next generation whereby all sorts of talents and excellence would be recognized and appreciated. Indeed, in the arts field, there are now more jobs for curator wannabes than ever with the burgeoning of museums and commercial art galleries. But as much as this is part of the country's efforts to be an arts and cultural hub, it has to start with a dream and the passion to pursue it.

Elvis has left the building.