"The question of the narrative voice…in novels, the omniscient narrative voice has long and honorable tradition and is so universal a convention that it's become almost invisible. In comics, it was similarly ubiquitous right up until the eighties, but then there was a strong reaction against it which has made it the exception rather than the norm - and all of this was recent enough that an omniscient narrative voice, unless it's handled very carefully, can make a comic feel dated and awkward. The protective shield of invisibility provided by long ingrained familiarity just isn't there in the way it still is in prose."
-- Mike Carey, Introduction for Neil Gaiman's Neverwhere collection (Nov 2006)

I recently attended a class by Carey and he said exactly the same thing. Which means the craft of writing is never far from his mind.

We need more writers like Carey in Singapore who thinks long and hard about the craft. Too many people take writing for granted.
Posted by ct at 2:22 AM No comments:

Forbidden Planet and Gosh Comics lie at two ends of the spectrum. You go to FP for everything mainstream, from DC, Marvel to Dr Who novels and merchandise. There is a small selection of alternative and independent comics. But you go there for the range of toys, tikam tikam and comics you can buy. It's fun to shop there, you can literally hang around there for hours. There are always things to browse.

Gosh Comics, on the hand, wear its indie heart on its sleeve. You enter the shop and you feel you are in the zone, surrounded by Robert Crumb, Love and Rockets and British homemade like Self Made Hero, Blank Slate, Nobrow, artists/collectives like Tiny Pencil, Isabel Greenberg and Katie Green. Stepping into Gosh couldn't be anymore different from going into FP. But Gosh has a huge section of mainstream and back issues in the basement level; they just chose to have their front filled with indies and alternatives.

So it's how they decided to position themselves and the shopfront strategies they adopt. Who they want to attract into the shop (mainly tourists for FP and the more hardcore crowd for Gosh) and what they want to promote (exclusive signed bookplates for mainstream or local books) for their identity as a comic shop. Both work as different shops appeal to different folks, and mainstream fans can find their groove in Gosh as well.

Now what we need in Singapore is a shop like Gosh...

This is an interesting one.

From the sample images, it looks kick ass. 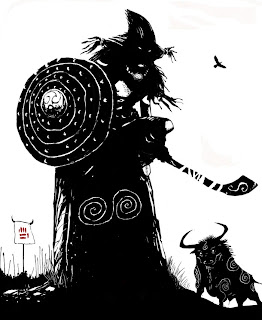 The only Celtic comic character I know is Slaine from 2000AD. Hound should appeal to fans of Game of Thrones and also those who have read Beowulf or seen the 2007 film version written by Neil Gaimand and Roger Avary. 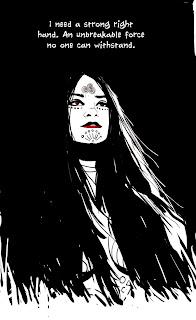 3 forgotten classics. Some back in print, some you got to hunt on ebay. 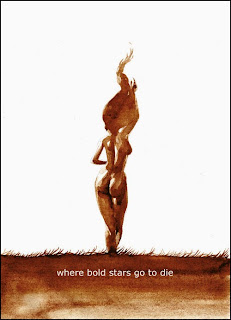 First time I saw this was at STGCC 2 years ago at the Komikon booth. Have been waiting for it to be back in print and thanks to SLG, it is available to a wider audience in North America. This was artist Arlanzandro's first and last book before he passed away from cancer in 2010. A tribute to the bold stars of Pinoy cinema, and a rising star whose light dimmed too early. 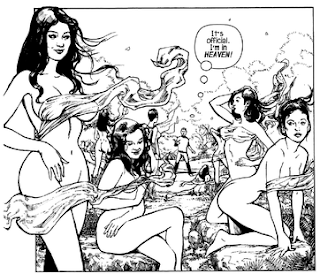 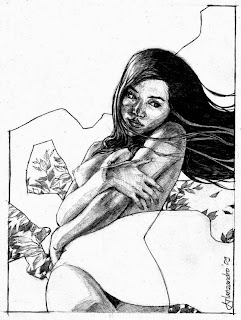 The classic Alfredo Viking story. The details are crazy. I have not seen the original Filipino version from the 60s, but it was printed in The Rook, a late 70s Warren magazine. 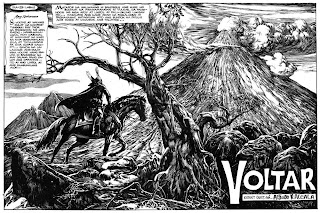 3. The Tin-Pot Foreign General and the Old Iron Woman by Raymond Briggs

Most people know When the Wind Blows, The Snowman and Ethel and Ernest. So this really took me by surprise when I saw it in a school library. Published in 1984, this is a damning critique of the Falklands War. It might have been influenced by Splitting Image, which started the same year. Or it could have influenced Splitting Image. Nonetheless, look for this if you can.