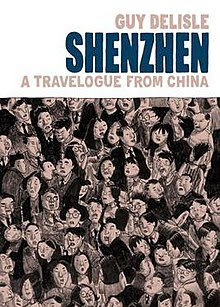 Some of you might have heard that SWF Words Go Round has invited Guy Delisle for their school and public programmes this year. That’s really exciting news for me as I have been hoping for Guy to be invited to Singapore one day. His series of travelogues have been most inspiring. One is tempted to compare him with Joe Sacco as it seems that Guy has been travelling to all these hot spots and troubled zones. But not quite. He explained that how he ended up in these places was by chance – he was an animator previously and thus worked in Pyongyang and Shenzhen. Then as a house husband, he followed his wife who worked for Doctors Without Borders to places like Myanmar and Jerusalem. He is more of an observer than a journalist in these contexts.

His new book is Hostage, his first ‘serious’ book that is not based on his own experiences. You can read Paul Gravett’s review of the book here:

Here’s a short interview with him done via email. 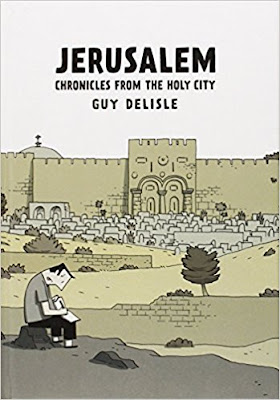 You are French Canadian from Quebec but you are way more popular in France and Europe than in North America. Why is this so?

It is hard for me to say. The distribution of my books in Canada is not as good as in France. I mostly sold my books in the French part of Canada which is not so big.

Your stories are travelogues and in some instances, about being displaced or being out of place. So I’m curious - do you feel more ‘at home’ in France or in Canada? (for example, do you feel an affinity with the works of other Canadian comic artists like Chester Brown, Seth and David Collier?)

I feel at home in both places now. Probably because I have spent half of my life in France. I had the chance to meet Chester Brown and Seth the last time I was at the TCAF in Toronto. I admire both of their works and I was glad to be able to tell that to them. They have been an influence on my work.

You have described your stories more like long postcards or a diary. Interestingly, graphic diaries and autobiographical comics are a popular genre in Southeast Asia, especially in Indonesia, and also in Malaysia (the books of Lat and travelogues by younger artists). One could say that you are one of the pioneers of autobiographical comics and travelogues together with Harvey Pekar, Chester Brown, Peter Kuper, etc. How do you think this particular genre would develop in the future?

In the last 15 years, comic books have been able to explore different styles and genres. Traveling books is one of them. Just like in literature, the travelling novel is a genre by itself. Some publishers have a special collection dedicated only to these. I guess someday the same thing might happen with travelling comic books. In France, there is a popular magazine which only publish graphic reportage. It's very good quality. So maybe someday it will be even more specialized and only present some travelling content.

You have answered this question before in the past, but maybe you have changed your mind about viewing yourself as a journalist. But what if I change the question: do you see yourself as a documentarian or a comic artist?

It very simple, I see myself as a comic artist. I do talk in my books about history and politics, but just enough so we can understand what is going around in the country. So, I ask a few questions while I am abroad and I do some research but for me, that doesn't make me a journalist or a documentarian. I see myself more as a popularizer but no more than that.

Were you surprised by your success like how well Pyongyang and Jerusalem sold?

Yes, I was surprised. I received the Best Book of the Year at the Angouleme Comic Festival in 2012 for Jerusalem, but I never imagined that so many people would follow me in the small streets of Jerusalem. The number was beyond my imagination. 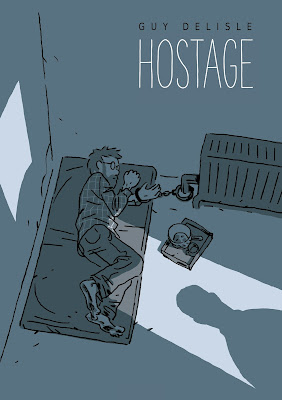 Your new book, Hostage – what strikes you immediately when you sit down to read it is its slowness. Is that deliberate?

Yes, totally. I wanted to go for an immersive type of story. In order to get to the feeling of the everyday life of a kidnapped person, I needed to go step by step. So therefore, slowly. That's why there are so many pages.

In her review in The New York Review of Books, Hillary Chute talks about the innovations and experimentation that could be found in Hostage – pushing the boundaries of how one can represent time and the subjective experience. Were you conscious of such experimentation when you were doing this book? Or was it a case of wanting to do things a bit differently from the previous ones?

It is just the way I saw this book from the beginning: an immersive experience based on Christophe André's kidnapping. I wanted the reader to feel the time passing by just like he did and to go through everything he has told me. And the only way to do that was to take my time and to be as close to that reality that I can be.
As I worked on the book I realized it was a different rhythm than the usual comic book. But I had no doubt that it could be done.

I don't really have a thing for military battles, but since I have spent a lot of time with Christophe discussing his passion, I could say now that my favorite one is the battle of the Abraham's plain in 1759 in my hometown of Québec. One of the only battles where the two generals died during the attack.

Hostage took 15 years to complete. Were there at any time that you felt you were ‘held hostage’ by this book and you need to complete it so that you can move on to other projects?

Yes, I remember thinking that if after so many years it's still there in my head, it's probably worth working a few years to turn it into a book. It is a relief now that it's done.

On that note, what is the next project?

I am working on the 4th volume of the Bad Dad Guide. 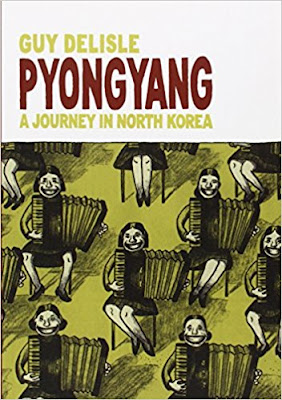 Your experience in Pyongyang remains unique and you have talked about how the comic medium works perfectly to capture that moment in history for you. Cameras were not allowed and to take photos is a dangerous thing.
Looking back, did you encounter any really dangerous situations when you were in Pyongyang?

I never felt I was in danger, even though we did some stupid things while we were there. I guess because we were part of the contract the animation company and the North Korean government had together. In that sense we were invited guests, so nothing could really happened to us. 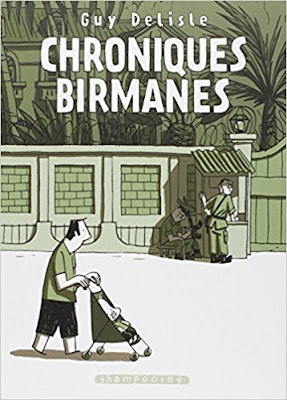 I went to Yangon last year to visit writers and comic artists. At the airport, I saw your Burma book on sale. Have you gotten any feedback about the book from the Myanmarese?

Yes, I was invited for the first comic book festival in Yangon last year but I couldn't go. I heard the books are very popular there. I am very proud to be translated in Myanmar. Not a common language.

I don't have any plans, I come with the family so I will probably go see the touristy places. I heard the food was very good in Singapore so, I am looking forward to try that.

Lastly, are you really a neglectful parent?

Not all the time. I am working on it. 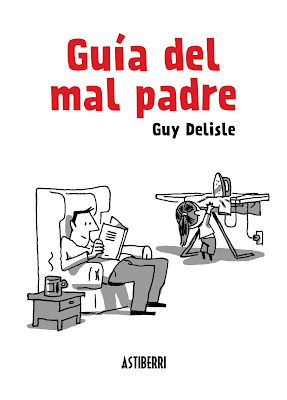 You can try looking for Guy in schools but that's a hit or miss. Go to the Alliance Francaise on 1 March 2018 instead. He is having a talk there at 7.30 pm, which I am moderating.