The house of lee

The Lee siblings dispute over 38 Oxley Road has come to an end for now. 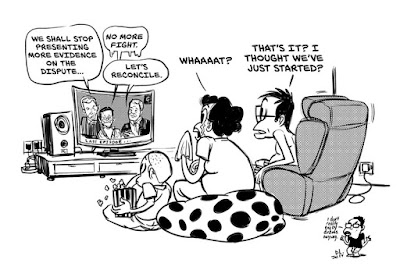 What the debacle has thrown up is a series of cartoons on social media that will not see the light of day in the mainstream press.

The first shot was fired by Dan Wong / A Good Citizen on 14 June. 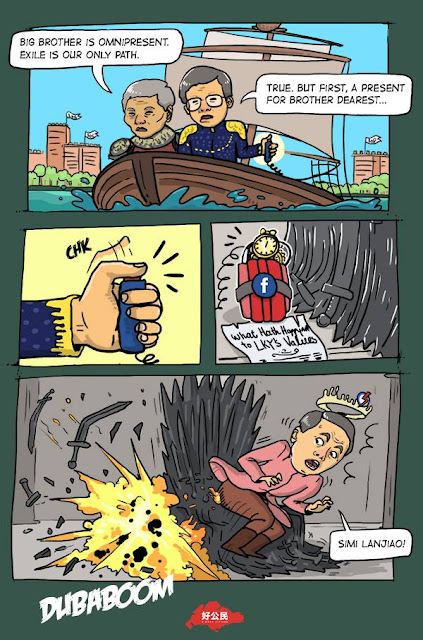 This was followed by James Tan / SingaporeInk on 15 June.

In fact, I met up with James that morning and told him he need to get to it, throwing down the gauntlet for him to draw a cartoon about the house of Lee. And the cartoon was up that afternoon, inspired by Richard McGuire no less. 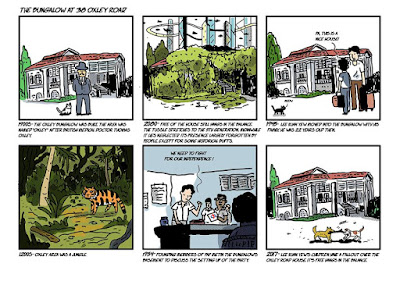 James followed up with a few more cartoons over the next few weeks. 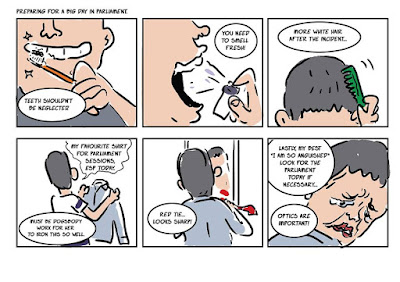 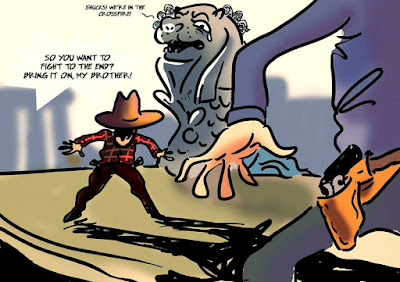 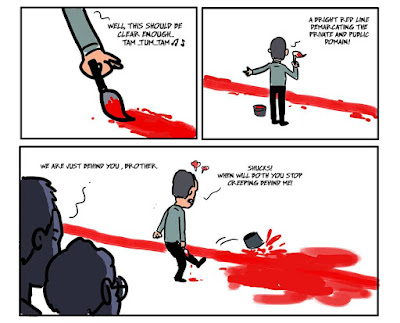 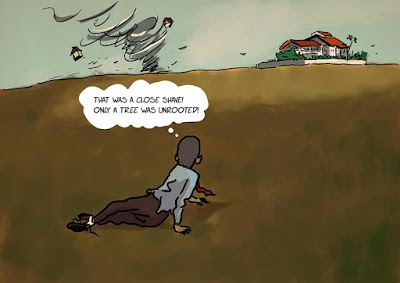 (6 July - this is my favourite, modelled after Andrew Wyeth's Christina's World, of course)

Others also got on to the act, like The Cartoon Press. 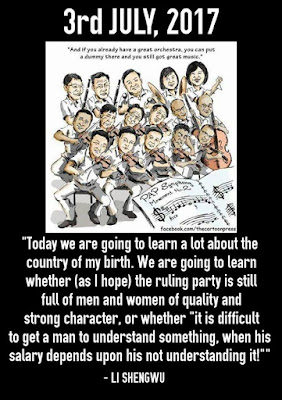 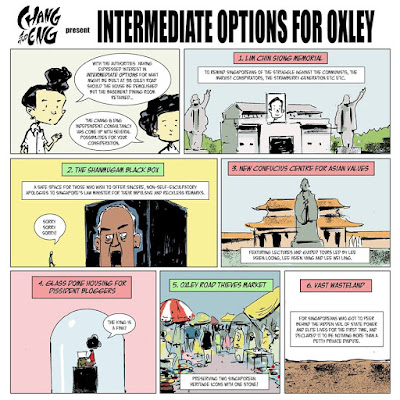 The best political comics and cartoons are on social media these days. Last year, when Professor of Communications and comic scholar pioneer, John Lent was in town to research on political cartoons in Singapore, I sent him to interview Dan Wong, James Tan, Don Low and Sonny Liew. While there are more cartoons in the press now about local events, there are still very little usage of political caricatures. That is reserved for satirizing foreign politics and politicians. It reminds me of what Kuo Pao Kun said in 1998 – what kind of cartoonists do we have when they only make fun of other countries’ leaders and not our own?

Do we have a sense of humour? Can we laugh at ourselves?

There is a curious history to all these.

Singapore used to have a vibrant political cartooning scene in the 1950s and early 1960s. But with the demands of nation-building and the need for national consensus from the late 1960s onwards, there were less and less political cartoons in the newspapers and magazines. Most cartoons illustrate social and economic affairs with a light and humourous touch rather than commenting on the politics and government policies.

For a long time, there was no political caricatures. That’s why we always enjoy Morgan Chua’s caricatures of Lee Kuan Yew when Morgan was the chief artist for the Far Eastern Economic Review (FEER) in the 1980s. 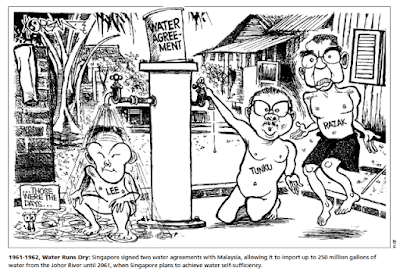 (NB: this is not a Morgan cartoon from his FEER days, but taken from his book, My Singapore)

And also memorable ones by overseas artists like David Levine. 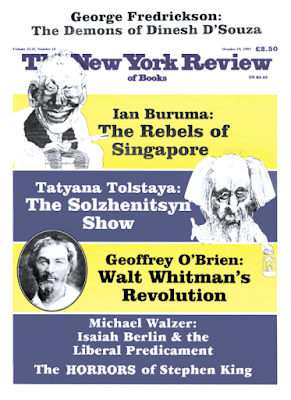 It was only with the launch of National Education and the mounting of the National Education Exhibition at Suntec City in 1997, and the publication of The Singapore Story by Lee Kuan Yew (volume one of his memoirs) in 1998 that history made a ‘return’, which allowed some gentle caricatures to be featured locally. In 2000, we have the children’s book, Growing Up with Lee Kuan Yew by Lawrence Koh Choon Teck and also My Singapore by Morgan Chua.

But we are still a long way from holding up the savage mirror to show the emperor is really, well, naked.

Many years ago, when I did my research on political cartooning in Singapore, some told me that they do not tackle local politics head-on because that is not the Asian way of doing things. We do not make fun of our leaders or wash our dirty laundry in the public and any disputes or problems should be resolved behind closed doors.

Things have not changed that much as this cartoon by James Tan shows. 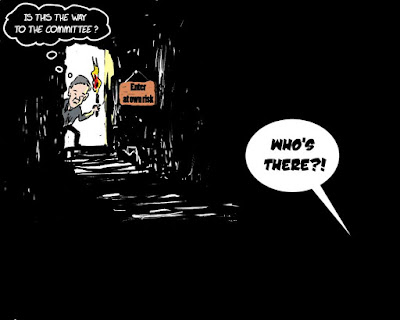 Except things have changed with social media and globalisation. For those who still read political cartoons either those done here or overseas, we know what the standards are. Sure, one can draw political cartoons without using caricatures and use exaggeration, symbols, metaphors or animals as representations instead. But by doing that, you are depriving yourself of one of the key tools in your chosen medium. It’s like swimming with your hands tied behind your back.

We know things are not easy like in the Leslie Chew’s case.

The Charlie Hebdo attack has shown the potential powder keg political cartooning can be – welding the satirical pen can be bad for your health. Still, you cannot take on giants if you don’t expect a few chipped nails or two.

(Cheah Sin Ann's The House of Lim, the long-running comic strip in The Straits Times in the 1980s and 1990s. It was originally to be called The House of Lee. Until it was decided otherwise...)

To cross boundaries without making offense. But what kinds of boundaries are you crossing then? What kind of changes or improvements are you hoping for?
Posted by ct at 3:28 PM No comments: