One of the best things about STGCC is discovering the talent we have at the Artist Alley. The Art of K has been around for the last few years. He's back again this year, so don't just spend all your time (and money) queuing up for Adam Hughes and the other big names. Go check out K at the Artist Alley Booth AA37.

What are some of your favourite comic titles and creators who have influenced/inspired you?
Some of my favourite comics are Slamdunk, Dragonball, Invincible, Saga, Amazing Spiderman and The Umbrella Academy. As for creators, there are so many that have influenced or inspired me over the years - Akira Toriyama, Takehiko Inoue, Mike Wieringo, Chris Bachalo, Joe Madureira, Humberto Ramos, Art Adams, Glen Keane and Claire Wendlinge, etc. just to name a few.

How long have you been drawing comics? Have you been published or self-published before?
I have not been drawing comics actively for quite some time now. Some of my past published comics works include 2 manga anthologies (Manga Doomei 98 and Comics Alliance 2000) and a comic on Zen wisdom published by Asiapac Books. Was involved in a few comic projects but unfortunately, those did not see the light of day. 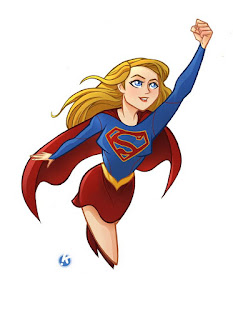 When did you start exhibiting at STGCC? What did you sell and what was the experience like?
I started exhibiting at STGCC in 2013 and I have been selling my sketchbooks, postcards and prints. A new sketchbook every year is something that I have set out to do and STGCC provides an excellent venue to promote my art. So far the experiences and reception have been pretty positive which allows me to keep doing this year after year.

What's the big deal about this year's STGCC?
I guess the big deal with STGCC (not just this year in particular) is that it provides a venue for fans and creators to gather at an event which celebrates comics, games, toys and art.
This year, they managed to invite Adam Hughes and Jim Cheung to STGCC which is a big deal (at least to me) as I’m a huge fan of their works. 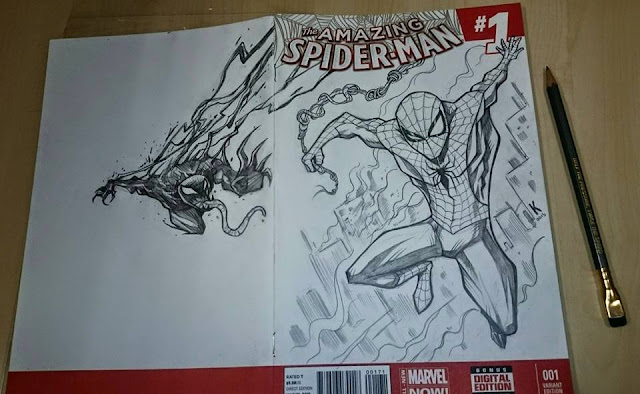 If I don't read comics, why should I attend?
Why not? ☺ There are more than just comics at STGCC. As the name suggests, there’s also games, toys and even cosplay competition if you are into those stuff. They have also invited creators from popular anime/mecha works to the event.

What is there to buy from you?
I’ll be selling my new Sketchbook 4 as well as postcards, original art and other prints. I will also be bringing limited pieces of my Ghibli Sleepover Tote Bags for sale. 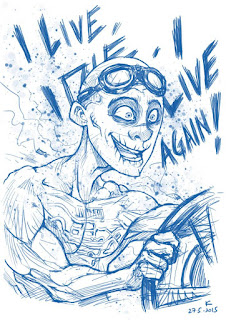 What's the future of comics?
I think the future of comics is pretty positive and exciting. Especially with the recent boom of Hollywood Superheroes flicks, I think more people will be drawn to the world of comics. As for creators, there are so many platforms now to get their work out there to the public, eg. Kickstarter, Patreon, etc. The ways we get and read our comics are also slowly changing in the digital age. However, call me old school but I still prefer flipping through pages of comics than to read them on a digital device. 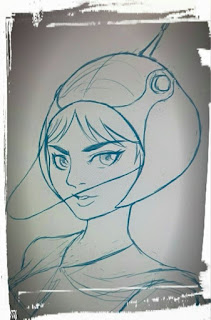