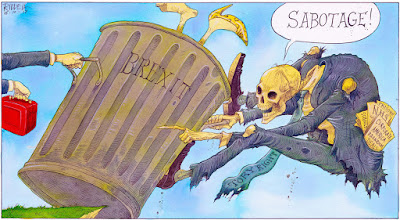 Chris Riddell is in town this weekend for SWF. The UK Children’s Laureate is promoted as a major illustrator of children’s books by the festival, and rightly so as Riddell’s books like The Edge’s Chronicles, Gulliver’s Travels, Ottoline and Goth Girl are well loved. For comics fans, Riddell is also the illustrator for several of Neil Gaiman’s books such as The Graveyard Book, Fortunately, the Milk… and The Sleeper and the Spindle. Their latest collaboration is Art Matters, which came out last year. But I am more interested in the fact that Riddell is the political cartoonist for The Observer newspapers. I still think political cartoon is a powerful medium today.

Riddell took time out from his busy schedule to answer some questions of mine.


Many outside the UK are familiar with your work as a children books' writer and illustrator, especially with your drawings for The Graveyard Book and other stories written by Neil Gaiman. How do they react when they find out you are a political cartoonist too for The Observer?

Many people are surprised when I tell them that I’m the political cartoonist for The Observer but they recognise my style which isn’t significantly different from my illustration work. Lately I’ve been drawing Brexit unicorns, Chinese dragons and Tory trolls.

You have said that you did not find that much a difference in the tools you utilized when drawing a children book or skewing Theresa May or Trump. How do you feel about Brexit, Boris and the state of British politics now?

The only thing I can say about the state of politics right now is that it is a great time to be a political cartoonist!

Political and social satire was not confined to the editorial pages in the past. One of my favorite books is The Tin-Pot Foreign General and the Old Iron Woman by Raymond Briggs. We have less of that these days. Would you want to do combine the two one day? (political satire and children books)

I would love to combine political satire and children’s books and my subject would be climate change – my medium, the graphic novel.

As you can probably tell, I'm a big fan of Raymond Briggs too. Are you excited about his new book?

Raymond Briggs has been a huge influence on me. He was my personal tutor at art school and we have kept in touch ever since. ‘Ethel and Earnest’ is Raymond’s masterpiece but I’m looking forward to his new book. 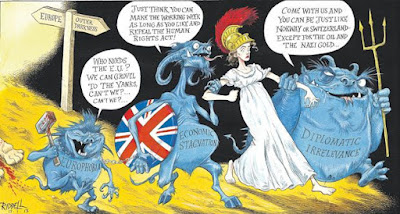 Drawing political cartoons can be dangerous - Charlie Hebdo and closer to Singapore, the various lawsuits against Malaysian cartoonist, Zunar and Singapore cartoonist, Leslie Chew. Did you have any close encounters yourself?

My encounters are on social media and I can choose what to look at and take onboard. Trolls are easy to spot.

Some have confused satire with fake news. Is it a thin line?

Is gif the future for political cartooning and satire?

Gif is one tool. There are many. I post a ‘visual diary’ drawing on social media every day and film myself drawing live. I’m also interested in podcasting.

I am a school teacher. You have talked about the need for creativity in the British education system and the importance of the school libraries. If you are the Education Minister for a day, which policy would you change or introduce?

If I were the Education Minister for a day, I would make it a statutory requirement that all schools have a library and a qualified librarian to run it.

Neil Gaiman visited Singapore twice (once for SWF) and is hugely popular. Readers would want me to ask: how was it like working with Neil?

Working with Neil is like a fairy tale – often literally. He sends me magical words and then allows me to imagine them visually with complete freedom.

I think of Neil as ‘the wise wizard’ and myself as his rotund hobbit companion.


Gaiman and Riddell’s love for libraries.

You can find out about Riddell’s SWF appearances here:


Thanks to Catherine Alport for her help! 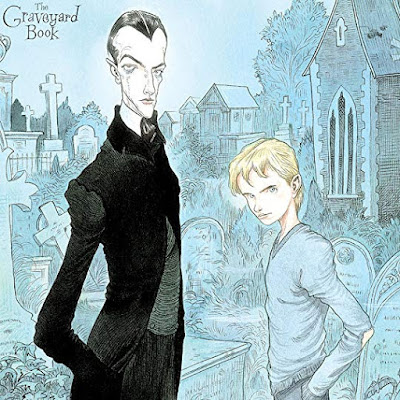