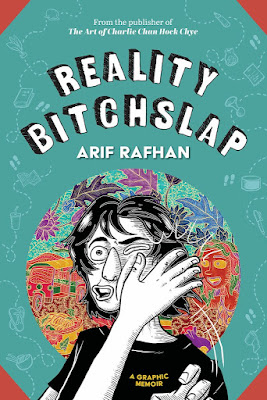 Epigram Books is restarting their line of graphic novels, this time getting the rights of comics from the region and translating them into English for the local market. Earlier this year, they published the late Gerry Alanguilan’s award-winning Elmer (the Philippines), a timely read in these troubled times about race and discrimination; and Tita Larasati’s Coming Home (Indonesia), a graphic diary of Tita’s own return to Bandung after 10 years away from home.

This month, a new title is released, Arif Rafhan’s Reality Bitchslap (Malaysia), a travelogue of twentysomethings on the verge of adulthood and on the road to explore Southeast Asia and their own future. Sounds very Gen-X, which it is as the story is set in the early 2000s when Arif and friends took some time off to see the world.

It is a breezy read, reminding one of hanging out at the Central Market in KL and plucking the courage to cross the road in Phnom Penh, Cambodia. Originally published by Maple Comics in 2015, Reality Bitchslap (Malay title: Pelempang Realiti) reminds me of the other travelogues by Mimi Mashud published by Maple. Mimi documents her family holidays while Arif’s encounters in Reality Bitchslap should not be experienced with family members. So kudos to him for laying bare his misadventures with the seedier side of Southeast Asian backpacking.

All these have to be taken with a pinch of salt, of course. You wonder if Arif and his friends are really that naïve and innocent about the ways of the world – after all, KL is a big city too with sex and drugs and rock ‘n’ roll. Arif shared that he was inspired by the Dead Kennedy’s song, Holiday in Cambodia, to visit Phnom Penh. I wish there were more personal insights like these which would be more interesting than the boys avoiding sexual advances in the different cities. While sex tourism is prevalent in certain parts of Southeast Asia, to highlight it frequently in the story can also be a stereotypical depiction of the poorer places in the region (circa early 2000s).

I found the ending rather abrupt. It reads like Arif could still go on as we do not know his solo travels in Jakarta and Bandung when his travel companions returned home first. Perhaps he was constrained by the page limit but a sequel of his recent travels with this same group of friends (all married with kids) could show how they and the world have changed. After all, Maple publishers shared that their entire run of Pelempang Realiti is sold out.

I did an email interview with Arif recently.


How did this book come about? Is this your first book and what else have you done?

The pitching process started with a small zine I made for my booth at KL ZineFest back in 2014. It's an 8-page zine made out of A4 paper. The story was about a flower girl who was a bit too friendly and ended up hanging out with an old white man at the back of the restaurant (that story is featured in this book as well). I sold them for RM2 each and 100 copies were gone in a few hours. I have attached the picture here (the mini zine is on the top right of the picture. Photo credit: AkuNapie): 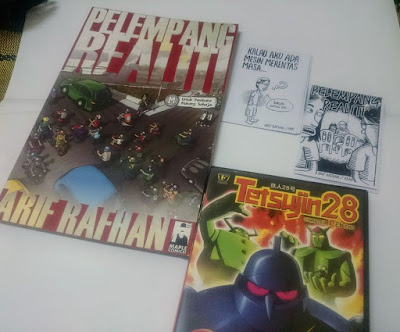 Since people liked the story, I came up with a 10-page sample of the book in English. 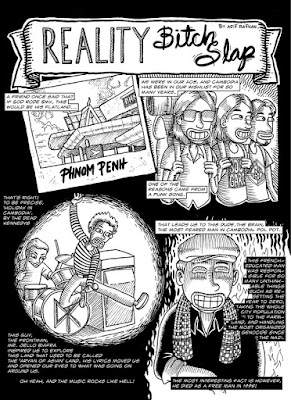 Together with the treatment of the story, I started to pitch to a few publishers at that time. After a few rejections, I approached Amir Muhammad (Buku Fixi, Kuman Pictures) with my idea and he suggested for me to approach this new comic publisher, Komik Maple. I met Amir Hafizi and Roy Ablah at a mamak stall and they suggested for Reality Bitchslap to be made in KL slang instead and to be renamed to Pelempang Realiti. This helped me build a strong foundation locally at this initial stage (I was a newbie with two illustrated books and only one graphic novel under my belt). I obliged and that's how this graphic novel was officially kicked off.

Why did you call the book Pelempang Realiti? (pelempang = slap) Were you thinking of the phrase Tiada rotan, pelempang berguna juga?
Haha! That's a very good proverb. However, I'm not that deep! I remember Ben Stiller's film, 'Reality Bites' (1994), a movie about these struggling Gen X graduates facing the reality of adulting, which is different from what they expected back in college. I am also a big fan of the Dead Kennedys, a hardcore punk band from San Francisco back in the 80s, especially their hit song, Holiday in Cambodia. The song 'bitchslaps' most of these so-called middle class educated graduates who think they've seen everything; compared to what the Cambodian people were facing under the Khmer Rouge. So, I combined Winona Ryder and Jello Biafra (of the Dead Kennedys) together and came up with Reality Bitchslap (Pelempang Realiti).

A big fierce slap to me as I faced the reality of the Third World countries through our backpacking journey and how it realigned my perspectives and attitude towards our fellow Southeast Asians with some comedic flavor. 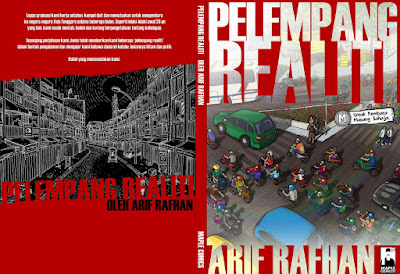 How did the deal with Epigram come about? What do you hope to achieve with the English translation? (new audience in Singapore and English-reading readers?)

Epigram contacted Komik Maple and Amir informed me about the intention. I said okay and I was included in the discussion from then on. As I mentioned earlier, the original idea of this book was in English and translating it to English was not a big problem for me. It's just that some of the details needed explanation for relevance purposes.

Do you think non-KL, non-Malay readers will relate to this book?

The theme of this book is very general; it's a road story. Some of the jokes were funnier in KL slang but I personally changed them so it would sound funny in English as well. To begin with, this story was set in the early 2000s, so I already set my mind writing the story to be relevant with today's readers. But again, 99% of the book is a true story, my own experiences, so I had to make sure the narrative and context are general enough so it will be relatable to most people around the globe, but with some local hints here and there.

How close is the English title Reality Bitchslap to what you have in mind?

Reality Bitchslap was the original title. So coming up with Pelempang Realiti was the challenge actually! Pelempang is quite harsh compared to 'tampar' and 'sepak', so I think the chosen word pretty much captures the essence of the story.

How do you find the English translation? Were you involved and what is gained and lost in the process of translation?

I was heavily involved in it. Actually, I was the translator, haha! I worked with my old friend, Yanty Ishak as my personal editor on the translation. I also worked very closely with Sylvia from Epigram and she helped me with the context and relevance from English readers' perspective. I can safely say that there is no lost in translation in the process. What makes me happy is that now the book has its own international face whilst promoting local flavors as well.

Who / what are your influences? (punk rock and dead kennedys..) I am thinking of someone like Fatah who used the Terengganu dialect in his comics.

Fatah, Lat, Jaafar Taib (to name a few) are my heroes. These Godfathers of local comics created success stories for us younger generations to study, adjust, adapt and practice in today's age. I was lucky to get the chance to work with Jaafar Taib for a year as a Gila-Gila contributor in 2018 and now I'm working closely with Lat for his latest graphic novel as his inker.

Dead Kennedys obviously was the main reason I wanted to go to Cambodia in the first place. My other influences are Robert Crumbs and I read Joe Sacco a lot before I wrote this book. I was intrigued by Sacco and Crumb’s honesty in their stories even though it makes them look weak in their own stories. I tried to include the 'nakedness' of the protagonist in this book as well, especially his thoughts and impressions.

I'm a full time visual artist and an animator. Currently I'm partnering with a few interior design companies and municipal bodies, providing mural artworks for new offices and public spaces such as libraries and street art. I'm also involved in the animation industry, both pre-production (concept art, environment design, storyboards) and the principle animation as well. 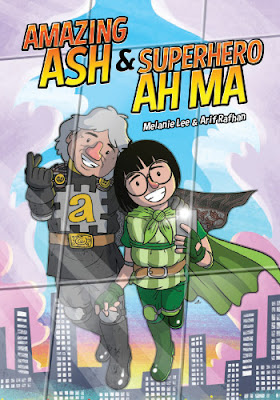 On graphic novels, I'm currently working with my long-time collaborator, Melanie Lee on a new book (Amazing Ash and Superhero Ah Ma), hopefully coming out by the end of this year by Difference Engine in Singapore. My next personal project is to compile my webcomics, #SeketulSina (comics on parenthood and a kid named Sina) into a physical format. I am also currently writing a new graphic novel about a kid who is experiencing his coming-of-age in a small town in Taiping, Perak in the late 80s.

Heard you are working with Lat now on Mat Som 2. How is the progress on that?

We've been working together on this project for two years now and at the moment we are on the last leg of the inking phase. This is considered as my best 'achievement unlocked' moment as a comic artist, having an opportunity to work closely with a master and to learn not just the technicalities and history of KL & Perak, but also the mindset and attitude from Lat in creating a comic that 'talks, sings and dances' to the readers in a unique and beautiful way. Hopefully the book will be published this year, it's all up to the Big Man himself.