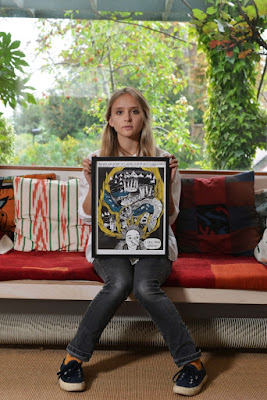 OIC is organizing the inaugural Illustration Arts Fest at LaSalle College of the Arts at the end of this month and one of the guests they have invited is the talented Isabel Greenberg. She is one of the most refreshing young comic creators to come out of the UK. Recently she spoke about the future of the graphic novel at the London Literature Festival at the Southbank Centre, London.

Isabel Greenberg is a London based illustrator and writer. Her first graphic novel 'The Encyclopedia of Early Earth' was publushed in 2013 by Jonathan Cape in the UK, Random House in Canada and Little Brown in the US. It has since been translated into French, Spanish, Korean and Chinese.

It was nominated for two Eisner awards, won the Best Book catagory at the British comic awards, was one of NPR's 100 books of the year, was the Guradian's graphic novel pick of the month and was in the New York Times Graphic Books best seller list.

She studied illustration at the University of Brighton and since graduating has worked for a variety of clients including The Guardian, Nobrow Press, The National Trust, Seven Stories Press, Solipsistic Pop, First Second and The New York Times. In 2011 she won the Observer Jonathan Cape Graphic short story prize. She exhibited work in the Memory Palace exhibition at the V&A, and was a select at Pick Me Up 2014 at Somerset House.

Her second graphic novel, The One Hundred Nights of Hero, will be on sale at the Illustration Arts Fest.

Ahead of her visit, here’s a short interview with her conducted over email. 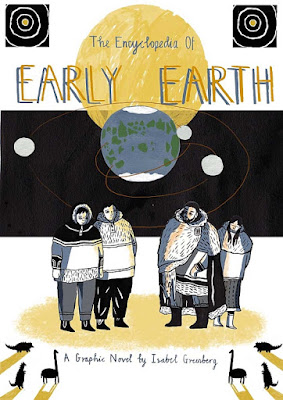 You entered The Observer / Cape / Comica Graphic Short Story Prize in 2009 and came in 2nd. You entered it again in 2011 and won, which led to the book deal. The Encyclopedia of Early Earth came out in 2013. How have your work and your life changed since then with all the attention and critical acclaim?

Well I get a lot more work which is very nice, and have more freedom to do the projects I like. At the time of making my first book, I had a part time job as a nanny, and after the book I was able to get enough work (and teach as well) so that I no longer had to. That’s the main way it has changed.

In 2014, I saw you many times at the various cons and small press events and I really admire your work ethics. Are you doing comics full time now?

Up until this year I was full time, doing graphic novels, some illustration commissions like children books and also teaching. But this year I have actually gone back to school, and am doing a masters in Animation! 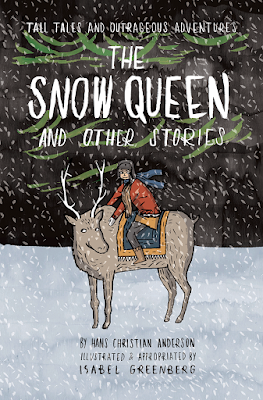 Who are some of your influences? Tove Jansson? Ursula K. Le Guin?

Yes! I love both! Other artists and writers I like include Phillip Pullman, Leanne Sharpton, Russel Hoban, Alexis Deacon, David B, Marjane Satrapi and so many others!

How much preparation do you do for your world building? Do you have stacks and stacks of notes?

Yes, I write lots of stories. Some of them never make it into the final books, but it helps to make the world richer.

Tell us about the new book, The One Hundred Nights of Hero.

The One Hundred Nights of Hero is set in the same world as my first book, but is not a direct follow on. It is set around two main characters; Hero and Cherry, who are forced to tell a series of stories in order to save their lives. It’s a bit of an ode to the Scheherazade. 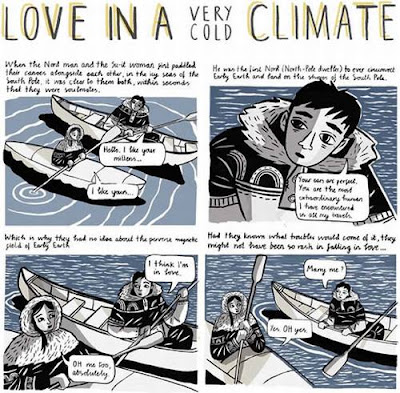 What do you look forward to in Singapore? What kind of food is on your must-eat list?

I don’t know what food is best to eat, I am hoping I will get to try lots of new things! I am not a fussy eater, so I like trying new things. I am also excited to see the Botanical Gardens.


Details of the Illustration Arts Fest and Isabel’s events are here: