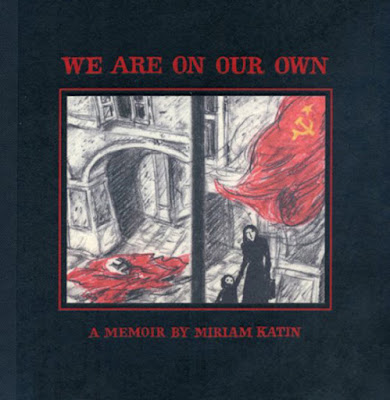 Miriam Katin is proof that it is never too late to do comics. Or to do anything at all. I first encounter her comics in the early 2000s in the Rosetta anthologies (Alternative Comics) and I couldn’t find much information about her. In 2006, she released We Are On Our Own, her graphic memoir about her mother’s escape from Nazi-occupied Hungary to much acclaim. A sequel of sorts, Letting It Go, was released in 2013.

Here’s the Drawn & Quarterly bio of her:

Miriam Katin was born in Hungary during World War II. She later immigrated to Israel and then the United States, where she worked in background design for animation studios such as MTV and Disney. She is the author of the award-winning memoirs We Are On Our Own and Letting It Go. She currently lives in Washington Heights with her husband and a giant Ficus benjamina tree.

I was born in Hungary during WWII. As far as I can remember there just seemed to have been a war which reminded people of other wars or that war was imminent. A revolution expected, happened, was over…what is next… This made for strange behavior with warped sentiments and scruples all around. While one is swimming as well as one can in this murky environment things do puzzle. In pictures and few words I am trying to find the line connecting events, people, causes and results. There is also of course the pleasure of just looking on…

So we finally tracked down Miriam and invited her for this year’s Singapore Writers Fest. Ahead her weekend with us on 12 and 13 November, here’s a short interview with Miriam which I conducted over email. What really surprises me is her gentle tone and generous spirit. I'm looking forward to meeting her in person. 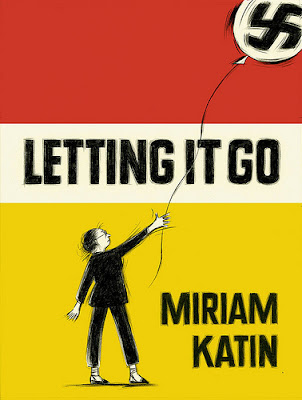 How have readers responded to your two memoirs?

I received much reaction from young people, some of whom bought the books for older relatives with WW2 past.

The first book especially is being part of curriculums in a number of schools and it is very touching how students relate to the story and also the art.

It has been a few years since the two books came out. Looking back now, who do you intend the books are for?

I did not think about a particular group of readers as I only knew that I had to do this story. And I was sure that I could.

It was very important to me and I wanted it to be very real. But it turned out to be so much more for so many people.

I never expected this to happen.

Why do you think there is such a strong interest in graphic memoirs in North America, especially among the English Literature departments in universities? Is there a community of graphic memoir creators?

Well, this great interest and popularity came about after the publishing of Art Spiegelman’s “Maus”, that is when graphic novels were finally taken seriously in the US and indeed became subjects of academic research and teaching. It became a respected media.

I don’t know about a community but we keep meeting and showing up in various places. ComicCons, book signings, exhibits and parties so I guess we are kind of a “ tribe ”?

We have two years of National Service for all males in Singapore. I was a combat engineer and later, a combat medic. Was the basic military training tough when you were in the Israeli Defense Force in the 1960s? What made you signed up? What was the experience like?

All men and women have to serve in the Israel Defense Forces. ( except for the very religious girls but even they have a choice of civil service ) The basic training was rough, boot camp but after that I served in a Graphic Arts unit which was truly a great time and fine learning experience. Two years of growing up. 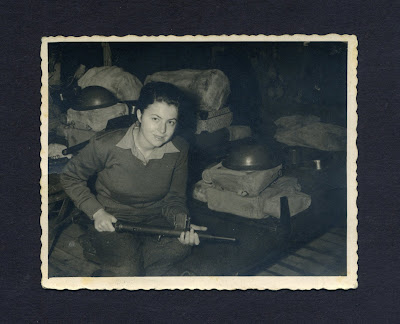 You started your comic creating career late. Was it difficult to do so at that point in time? Are you doing comics full-time now? What made you wanted to do comics?

It was not at all difficult because there were those fabulous women pioneers of comics who, during the sixties battled for recognition in the male dominated Comic world. Diane Noomin, Trina Robbins, Aline Kominsky-Crumb and others.

So by the time I entered this realm in 2000, it was smooth sailing. These women are my age, real heroes and now, the very young have opportunities as well. Of course my age and particular background was of immediate interest.

The stories my mother told me and what happened to our family they were like a constant, uninvited, unwanted presence in my daily life. They demanded to be told. I had no choice. But I am not a writer and I also thought who needs an other Holocaust story. Then, when I discovered “Maus” I realized that I can draw my stories. I found my voice.

What is the next book?

I don’t have a new book but I enjoy working on short stories, commissions, and unless something comes up like the Berlin issue, I have a collection of short stories to compile. I am very inspired by Lydia Davis, the Booker Price winner short story writer.

The audacity of a short story of one sentence? I am thinking on that vein.

Just wondering, were you influenced by Raymond Briggs?

When my first book was published many reviews brought up the name Raymond Briggs. I didn’t know him at all and I had to look up his work. I was totally new on the comic field. Being connected with him is a huge compliment to me.

What are you looking forward to for this trip to Singapore?

As always, meeting people, talking to people and being in a whole other world. Always, always a great pleasure.

Being on the panel with such different artists will be a real treat.

Details of Miriam's appearances at SWF in November:

https://www.singaporewritersfestival.com/nacswf/nacswf/author-speaker/Miriam-Katin-.html
Posted by ct at 10:35 PM