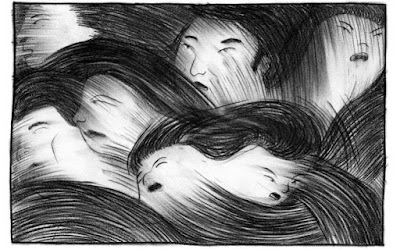 I can’t remember when I first came across Chihoi’s work but I do remember being blown away by it. One does not so much ‘read’ Chihoi’s comics but one encounters and experiences it in a visceral manner, especially seeing his originals at an exhibition at the Hong Kong Art Centre many years ago.

To me, he is like the third generation of alternative comic artists in HK (he would elaborate on that point in the answers below). But what really differentiates him is the experimental nature of his work, in his play with the form and substance of the comic medium.

I am tempted to say this makes his work closer to literature, but that would privilege the literariness of comics over its other aspects. To me, comics is more than that and it can be anything if we keep pushing the medium. Chihoi is one of these people pushing the frontier of what comics can do. And when I thought about inviting a comic artist from Asia for this year’s SWF, his name comes to mind. 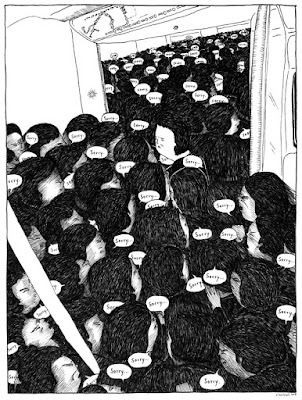 Chihoi was born in Hong Kong in 1977. He has loved drawing since childhood and started to publish comics and illustrations when he was bored by his food and nutritional studies in university. His comics have appeared in Hong Kong newspapers and international anthologies. Major publications include the collaborative projects Hijacking - Comic Hong Kong Literature, The Train and a solo work, Still Life. His comics have been translated into Italian, French, English and Finnish. His website is www.chihoi.net

Here’s a short interview with him via email ahead of his visit:

You didn't grow up reading comics. Is that a good or bad thing for your work?

Good in a way that I didn't have any presumption of what a comic book should look like. I just had something in my mind and tried to find my way to tell it.

In my secondary school days, I used to do some pastel drawings as a hobby. It's like a diary or dialogue to myself. I enjoyed the private time of making art without thinking of publishing them. This private time is important to any artist.

I had not discovered the form of comics until later in university time when I discovered Lai Tat Tat Wing's experimental works.

I see a linage of independent /alternative comic artists from Li Chi Tak to Lai Tat Tat Wing to you. Would this be accurate?

You can say so. Li Chi Tak had been a famous icon from 80s to mid-90s. Lai Tat Tat Wing had known Li's works for a long time until he started to publish comics in mid-90s. For my case, I started around 1996-97, soon after Lai's publications. Sometimes Lai says to me like, "We're actually the same generation, right? I'm not that old!" Haha!

Your preference is for the use of pencil to create very dense and heavy shading. Why did you choose this particular style / way of working?

On one hand I got inspired by some European comics artists like Anke Feuchtenberger, Amanda Vahamaki, etc., their works of pencil and charcoal are just amazing.

On the other hand, in our book Hijacking - Comic Hong Kong Literature that I collaborated with Kongkee, we have tried many different techniques and media to adapt various writers' works. Pencil by then has become my favourite tool. The force and emotion from my heart extend directly to the hand and to the pencil. The smudges create sense of depth, and some kind of melancholic atmosphere that ink cannot do. 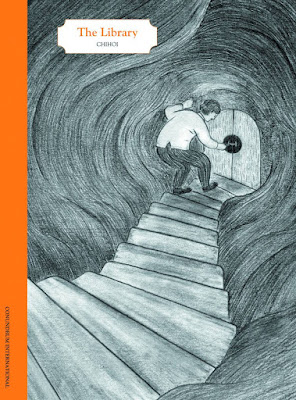 I visited Helsinki and Stockholm recently and saw that you were there too for their comic festivals. Do the audience in Europe read your comics differently from the readers in HK?

I guess much the same. In both HK and Europe, they publish my books normally in small print run, like 500 to 1000, sometimes 2000. I guess I'm only known to small circle of people.

But in Europe there're more small publishers who have the sensitivity and guts to discover good artists and publish more edgy works.

In HK, the main problem is the expensive rent that makes small publishers and small bookshops difficult to survive.

How did Fa Fa World come about? I see traces of Lo Koon Chiu's 小圓圓 and also EO Plauen's Father and Son... did you read these comic strips?

When I was little, I didn't read much of Lo Koon Chiu's works except when I visited Grandpa. In Grandpa's place I used to read Wong Sze Ma's 牛仔. In 2008 when the newspaper asked me to do a column, I was re-reading a bunch of 牛仔 and discovered a long lost world. So I created Fa Fa World, and drew simple daily life stories between a father and a daughter. 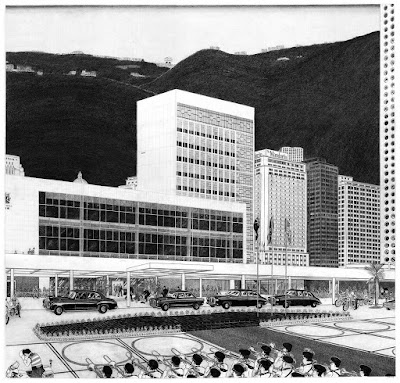 What is the future for HK comics?

I hope there're more editors to do some archival publications, like re-edition of old comics from 1950s-70s. Or someone who can re-edit those comic columns scattered around so many newspapers of the time.

What is the future for HK?

I'm quite pessimistic, in a way that I'm afraid I'll be blamed for being pessimistic.

Can one still be an independent and alternative artist in HK?

Yes of course, among different arts, comics is the cheapest way to begin. 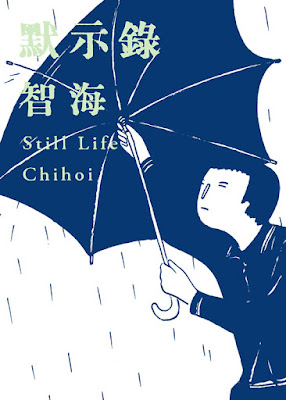 You can find details of Chihoi’s panels at SWF here: